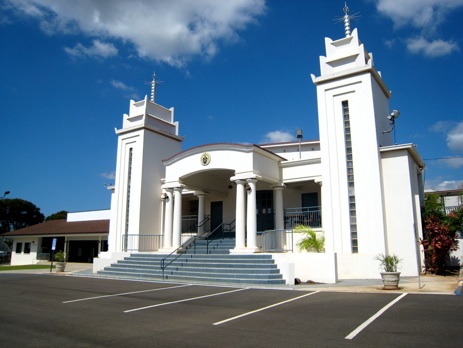 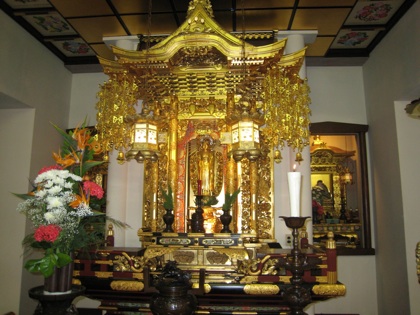 Waipahu Hongwanji will be resuming Sunday services on  June 7 at 9 a.m.  CDC protocols (e.g. 6 ft. distancing, wearing masks) will be in effect.  See you there!

If you need to reschedule a funeral service or memorial service, please contact the temple office at (808) 677-4221.

In adherence to the State and City "Safer at Home" COVID-19 mandate extension, the adult day care will be closed through the month of May.  We hope to reopen soon as we implement plans to resume services under government safety guidelines.  We will contact client families when a reopening date is set.

Due to the volatility of COVID -19 information,  these dates can change at anytime,  Updated information will be posted when received.  Thank you for your understanding.  Stay safe!

Thank you for visiting Waipahu Hongwanji’s website.  We hope you find it informative and useful.  New members are always welcomed.  We look forward to seeing you at our temple services and activities.

Aloha, Waipahu and Waianae Hongwanji Sangha. How have you been? Our Bazaar is pau, and many heroes, princesses, and monsters have disappeared because Halloween is pau. Now, it’s November, month of Thanksgiving, which we feel grateful because of the harvest and the sharing together. If you have extra, please share with others.

I’d like to continue from last month about “teaching of Buddha, four noble truth.”

2nd Noble Truth: Suffering occurs because all causes and conditions are connected.

As I think about 2nd Noble Truth, I recall one old story from China, the title is “Sai’s horse.” It says:

Long, long ago there lived an old man, his name was Sai. He lived with his son in a village near the border. He kept a red horse. It was gentle, clever and strong. People in the village always spoke highly of it. "What a wonderful horse the old man has!"

One day, when Sai went to the stable to let the horse out, he found something wrong. Usually he heard the horse neigh when he approached the stable. But it was very quiet in there. "The horse is gone!" The news soon spread all through the village. His neighbors came and said together, "We are so sorry about your missing horse. It was such a good horse. You must be disappointed.” Sai said calmly, "Don't worry about it. You never know if it will bring me good fortune."

About a month later, Sai thought he heard horses' neighs from the forest. So, he went into it. To his surprise, his missing horse was there along with other horses, wild horses! Soon everyone in the village talked with each other about Sai's horses. They visited him and said, "It's unbelievable! How lucky you are! Sai said to them in a cool voice, "It's very kind of you to say so. But I don't think they'll bring me happiness. On the contrary, I'm afraid something bad could happen to me in the near future."

One day, Sai’s son was riding on one of the wild horses. The horse was rough and so the young man fell down and broke his leg. The villagers heard the news and visited Sai.  They said, "It was terrible! No one expected that accident. We feel really sorry for your son." Sai was very cool and said, "It's very kind of you to say so. But I've never worried about my son. You never know it could bring him good fortune."

A year later, a war broke out between their over lord and the neighboring country. They pressed all the young men in the village into the war. But Sai’s son was spared since he was handicapped. It was a fierce battle. Most of the young men from the village were killed during the war.

I quoted this story from the internet. I see many explanations, connections and effects. However, I’d like to reflect through Shinran Shonin’s thoughts. It says: he, Shinran Shonin, doesn’t know what is good and bad and what is happiness (lucky) and suffering. We judge everything with ignorance. Therefore, we are called “BONBU” or “foolish being full of blind passions.” It means, because of our foolish, selfish, ignorant judgement, everything becomes a cause of suffering and pain.

In the second week of August, I was invited to the Buddhist Study Center as a speaker for the 2019 Summer Session. I met many Dharma friends in Hawaii and deepened our appreciation of the Jodo Shinshu teaching together. In addition to the wonderful time with Dharma friends in Hawaii, I had a chance to see the beautiful ocean and smelled the salt tang of the sea every day. Since I grew up at Kure, a coast city in Hiroshima, it was very comfortable and relaxing.

Speaking of the ocean, Master Shinran, founder of the Jodo Shinshu Buddhism, uses the word “ocean” and “sea” many times in his writings. There are almost 180 appearances throughout his writings, which point out that it was an important notion for him.

Master Shinran was born in the city of Kyoto, which is an inland area and far away from the ocean. As a Buddhist practitioner, he knew the ocean through the descriptions in Buddhist writings. However, he didn’t have a chance to actually see it. I believe that it was at the age 35 that he first saw the actual ocean due to the exile to the northern part of Japan. I sometimes wonder what he thought or felt when he first saw the horizontal line of the big ocean or the beautiful sunset. I am sure that he was really impressed, especially with its vastness.

When Master Shinran uses the word “ocean” in his writings, he uses it to describe two things. One is the realities of our life and this world. Everybody carries greed, anger and stupidity (or ignorance). When we humbly look at them, they are very deep like the ocean or violent like the stormy sea. There are also many obstructs in this world that prevent us from making progress or living a life as a Buddhist. Master Shinran describes such reality of this world, saying “the ocean difficult to cross.”

When we humbly reflect upon our everyday life, it is true that the issues are so deep and overwhelming. However, there is something deeper and greater. That is, Amida Buddha’s compassionate and salvific work. Master Shinran sometimes uses the word “ocean” when he praises the depth, vastness and strength of Amida Buddha’s works, like saying “the great treasure ocean.”

Master Shinran did not only use the word “ocean” to praise Amida Buddha, but he also used it to explain how Buddha’s salvific compassion works. It is said in the Hymn of True Shinjin and the Nembutsu (Jpn. Shoshinge), the gatha composed by Master Shinran to summarize to the teaching of Jodo Shinshu Buddhism:

When ignorant and wise, even grave offenders and slanders of the dharma, all alike turn about and enter shinjin, they are like waters that, on entering the ocean, become one in taste with it. (Collected Works of Shinran, p. 70)

Rivers eventually run into the ocean. When this happens, the waters of any rivers become the same taste, that is, salty water. The point of this passage is not that the waters of different rivers physically merge or become one with the ocean, but that when they reach the ocean, they are transformed into the same salty water with the work of the ocean. It doesn’t matter whether it is pure water or dirty water. Any waters are changed into salty water. In the same way, when we reach the Pure Land, all of us are equally transformed into a Buddha of the supreme enlightenment. This is another example of how Master Shinran uses the ocean to praise Amida Buddha’s unfathomable compassion to have all sentient beings attain the supreme enlightenment.

In gassho (palms together)