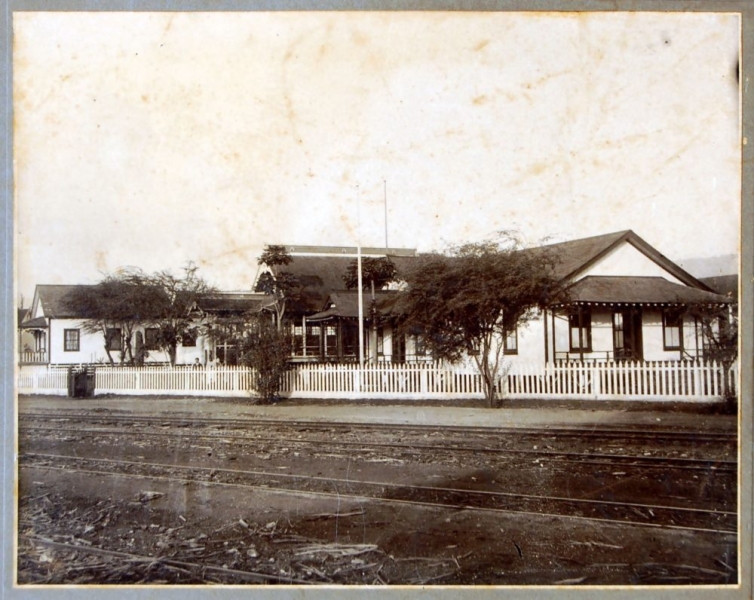 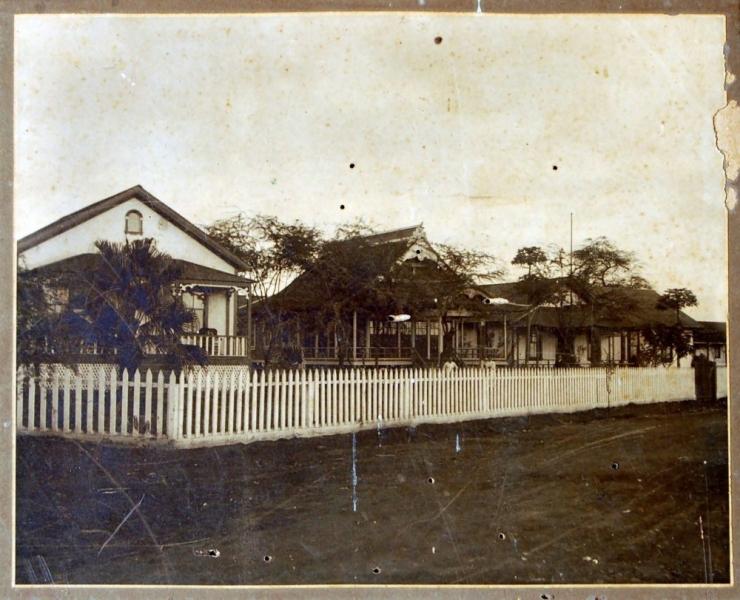 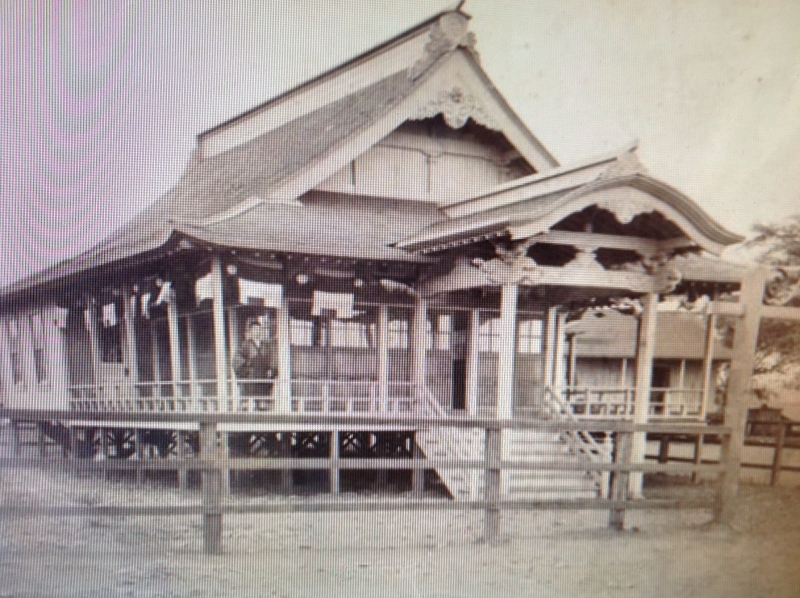 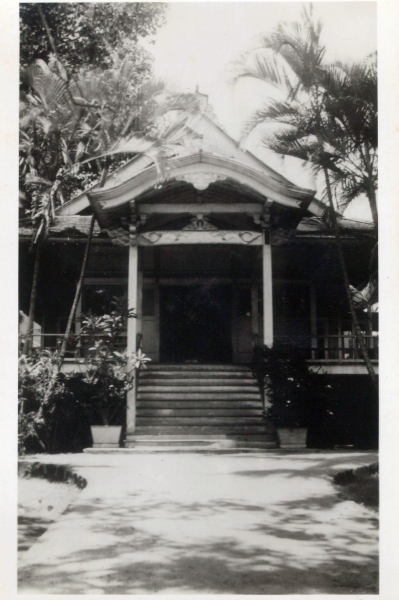 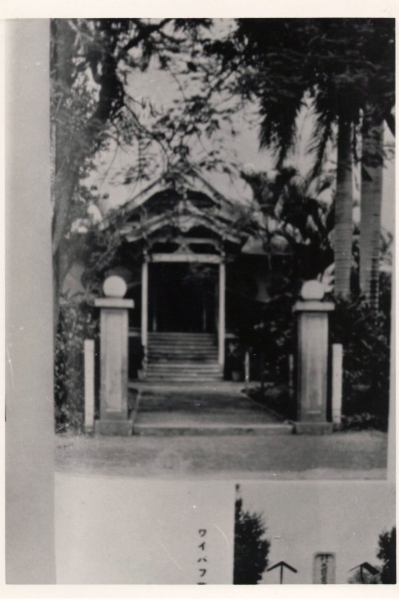 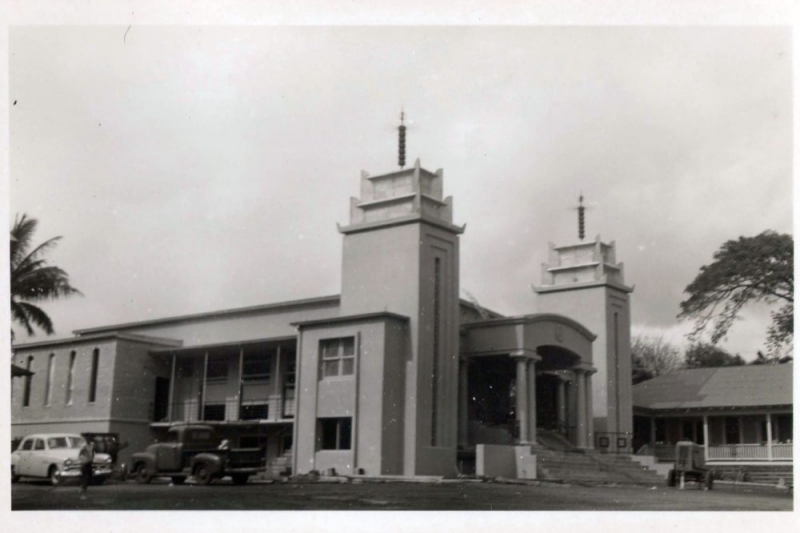 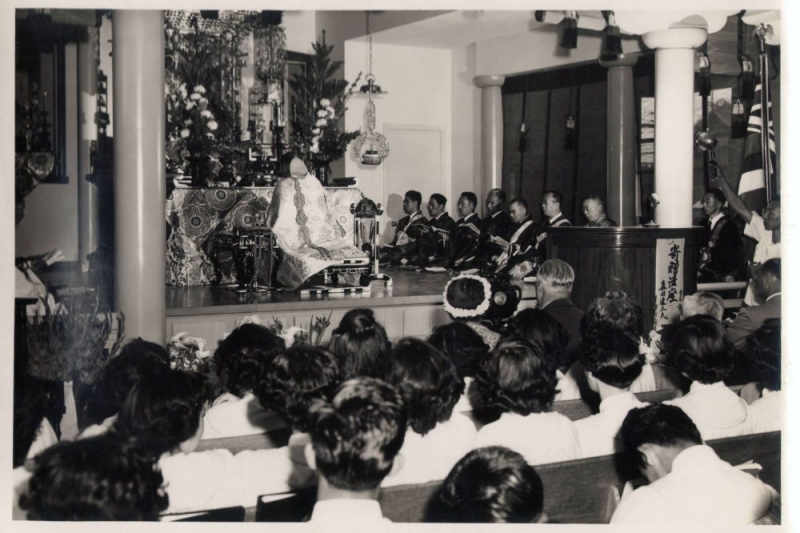 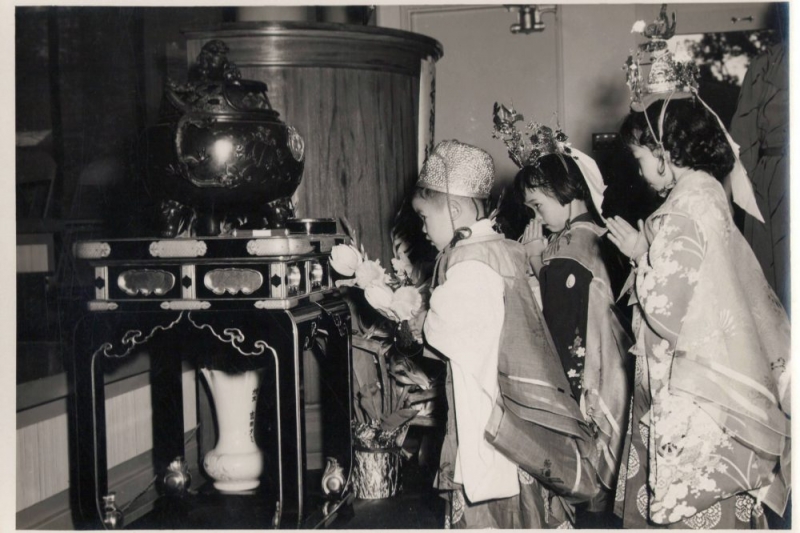 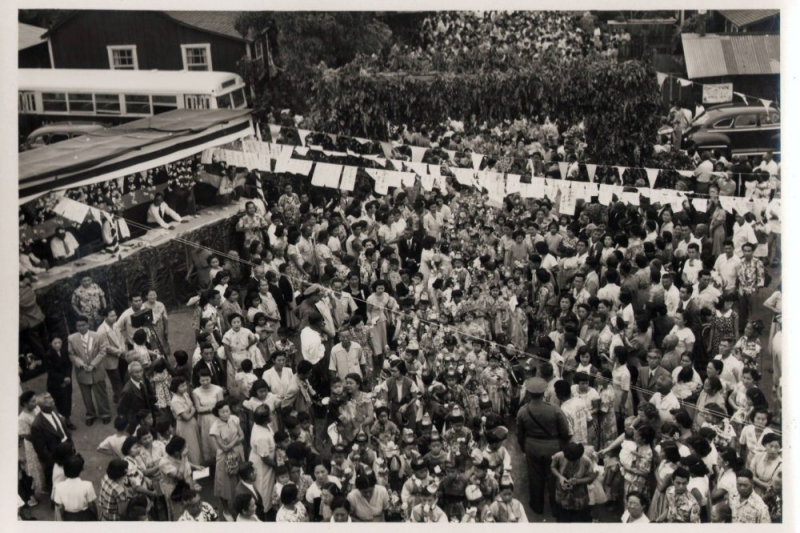 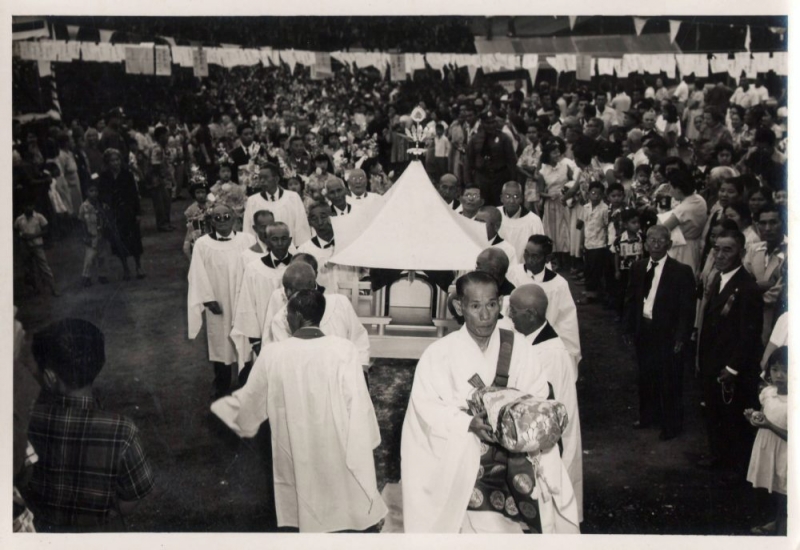 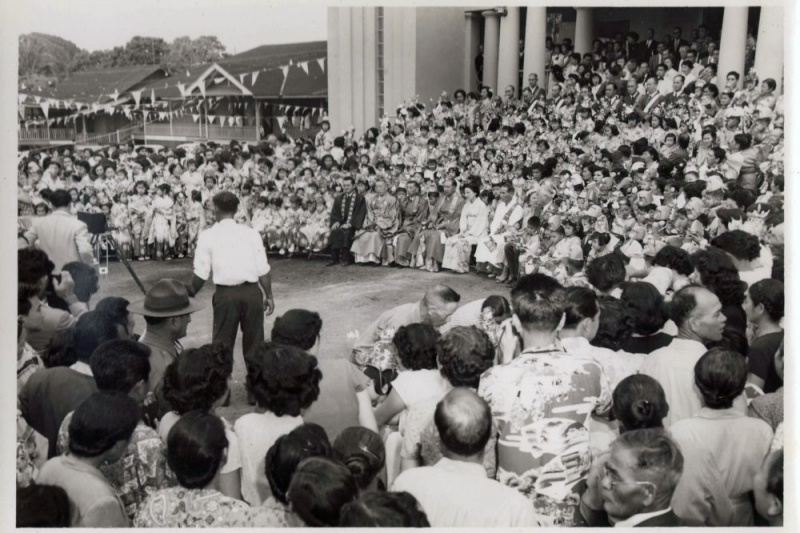 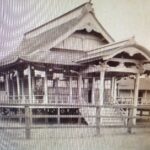 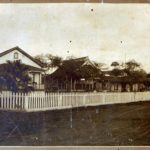 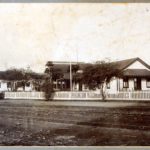 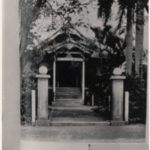 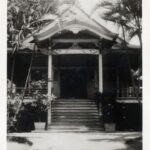 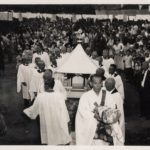 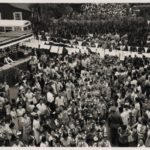 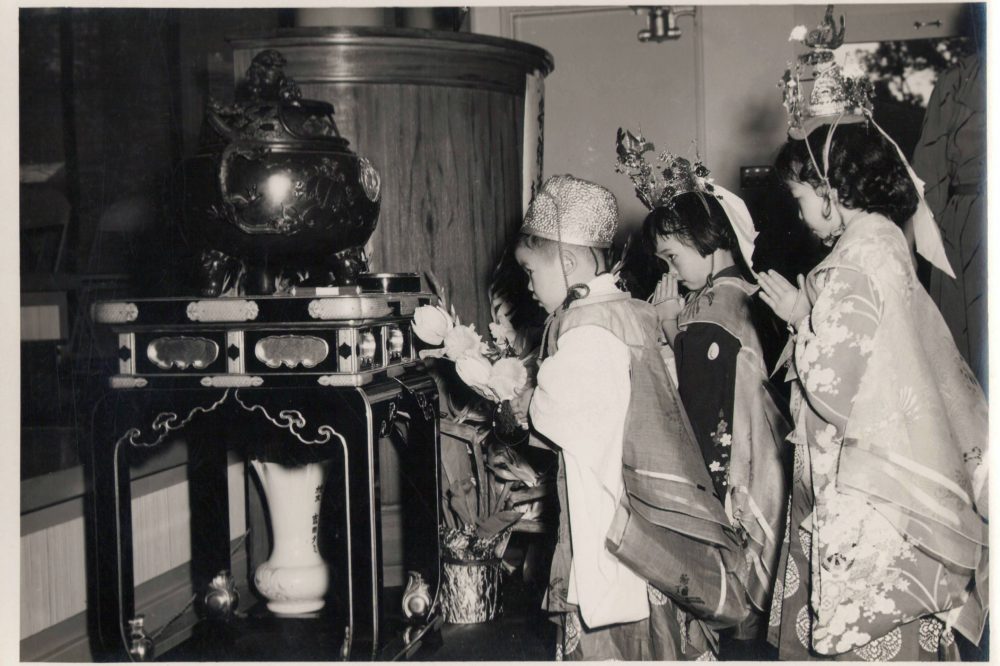 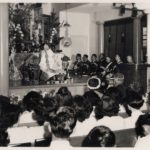 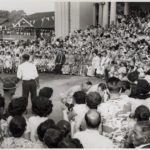 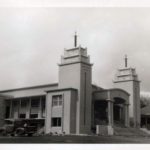 To meet the spiritual and emotional needs of Oahu Sugar Plantation's immigrant community, Waipahu Hongwanji was established and later dedicated in September, 1902.  The temple site was located next to Oahu Sugar's railroad tracks.  (see picture)

Because of the noise, danger, red dirt, and dust near the tracks, approval was sought and obtained from Oahu Sugar in 1913 to move the temple to its present location.  The parsonage and Japanese school buildings were then added to the temple grounds.

Temple membership increased from the 1920s - 1940s.  The Japanese school had an enrollment of over a thousand students with 14 teachers and a two-story building was built for the school.  During WW II, the staff and members persevered to keep the temple functioning successfully.

Many organizations and activities were begun in the 1950s and 1960s.  Such as the Sunday School, Junior and Senior Y.B.A.s, Judo, Boy Scouts, Cub Scouts, and the Hoorinkai Club.  The Mother's Day Sushi Sale and temple newsletter, "The Golden Chain," were established during this time.  The present day temple was dedicated in March, 1952.

Negotiations were begun to buy the temple property in fee simple from Amfac, Inc., owner of Oahu Sugar.  After a building fund drive the 54,000 sq. ft. property was purchased in 1980 for approximately $100,000.00.

Waipahu Hongwanji's accomplishments throughout the years could not have been made possible if it weren't for the untiring, unselfish, and dedicated efforts of its resident ministers and their wives as well as past and present members who work(ed) so hard for the welfare of the temple.  We owe them a debt of gratitude for the many sacrifices they made on behalf of the temple.